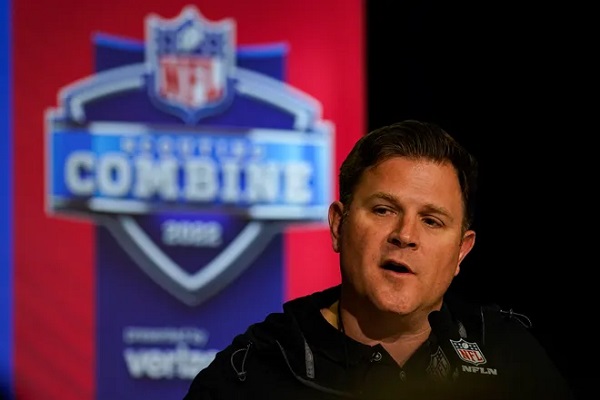 With just more than a week to go before the 2022 NFL draft, the mock draft cottage industry has already been hard at work projecting which top college prospects will get taken in the first round. The Packers, of course, come into the draft with the 22nd and 28th picks in the first round, having attained the former in the deal that sent Davante Adams to the Las Vegas Raiders.

With Adams elsewhere, everyone seems to be acutely aware that the Packers are in the market for some new receivers. Take a look at the names mock drafts have projected heading to Green Bay, starting with one receiver who shows up most frequently. Brad Spielberger of PFF: Even after signing free-agent wideout Sammy Watkins, the Packers still desperately need to add, at least, one pass catcher, so here, they stop Burks’ slide. Burks can win in so many different ways — his acceleration ability as a big-bodied wide receiver on screen passes and other quick-developing routes is impressive, and he can win on contested balls downfield. He can line up anywhere in the formation and would be an offensive chess piece that head coach Matt LaFleur would have a lot of fun deploying all over. Conor Orr of SI: The Burks–Deebo Samuel comparison checks out on film, and the Packers’ offensive coaches are uniquely informed in the nuances of Kyle Shanahan’s system and how they might be able to set Burks up for yards after the catch situations. In losing Davante Adams, the Packers also lost the ability to create efficient, short-yardage gains in the passing game with mechanical regularity. Perhaps Burks is the answer there, while also alleviating some of the pressure on Green Bay’s running game.

Danny Kelly of the Ringer: Burks is a great fit for the Packers, who run a lot of screens and utilize smoke-route quick passes as an extension of their run game. He can make hay after the catch and is also dangerous downfield.

Wilson: Burks is a contested and high-point catch machine. Don’t be fooled by his 4.55 40 at the combine — he regularly outran defensive backs to the end zone in the SEC and that won’t change in the NFL. The scariest part of his game is that he’s not even close to his ceiling yet, and what better way to get there than in Green Bay. He reminds us of some combination of Anquan Boldin, JuJu Smith-Schuster and Deebo Samuel.