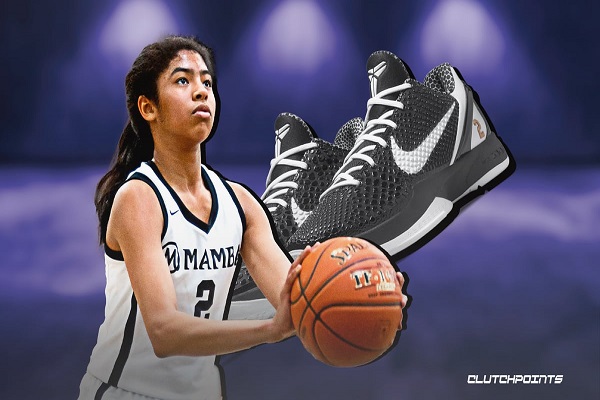 Now, a little more than two years later, Vanessa Bryant continues to mourn the loss of her husband and second oldest daughter. She’s done a remarkable job juggling motherhood and mourning, while also making sure that the father-daughter legacy lives on. Bryant shared her recent project, the Mambacita Sweet 16s, with an Instagram post on Thursday. Take a look at the stunning sneakers, a part of Nike’s relaunch of Kobe’s signature line.

🚨🎥 Vanessa Bryant unboxes the FIRST of the Mambacita Sweet 16’s

After a dispute with the Black Mamba’s estate, Nike’s relaunch of Kobe Bryant’s signature line is ready to set the world of kicks on fire 🔥pic.twitter.com/hun6lqR21a

The shoe, known as the Kobe 6 Protro ‘Mambacita,’ is the first shoe to be released in the relaunch. Bryant included a letter in each box of Mambacitas to explain the deep meaning behind each design aspect.

“The snakeskin pattern on the shoe represents Gigi’s Mambacita Mentality. It reminds us all to focus on the process and to always trust in the work that we do. The custom shoelaces inspire us to walk in Gigi’s footsteps, to lace up and show up every time and to not take opportunities for granted,” she wrote.

Each pair comes with the letter, custom red shoelaces, and a red bracelet that reads “#PlayGigisWay.” Profits from the sneakers will go towards the Mamba & Mambacita Sports Foundation, a nonprofit organization dedicated to creating a positive impact for underserved athletes and boys and girls sports.