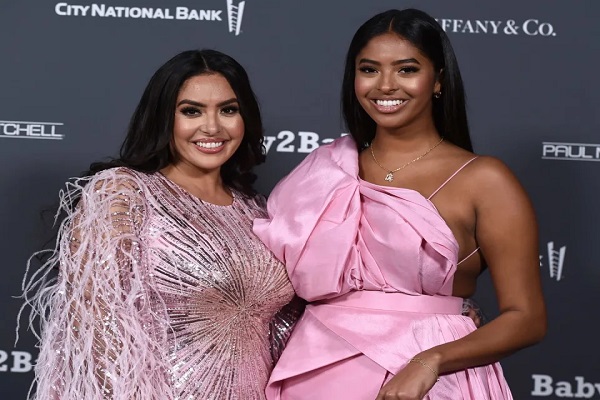 The eldest child of late Los Angeles Lakers great Kobe Bryant and Vanessa Bryant is named Natalia Bryant. Bryant graduated from Sage Hill High School in 2021 as the varsity volleyball team’s captain. Natalia Bryant joined IMG models after graduating from high school, and she recently enrolled at USC for college. Recently, Natalia Bryant stated her interest in Hollywood during an interview at the Vanity Fair party.

Natalia Bryant in Hollywood
Natalia was asked if a night like that motivated her to pursue a career in Hollywood or not. And she responded, “Yes definitely. I mean honestly, I just love everyone here” . She added that her mother was thrilled for her to attend the event and that she was delighted since Kobe Bryant and Vanessa Bryant always discussed it.

Natalia said that she regrets that her mother, Vanessa Bryant, was unable to join her at the ceremony. It was as a result of Vanessa caring for Natalia’s sisters. She claimed that when Vanessa Bryant saw her in the garment, she was astounded. She was pleased by that. Natalia said that she didn’t have a secret to the appearance and that the dress was excellent for her and comfy when asked what the key was to the outfit.

Natalia Bryant was then questioned about her advice for others to remain strong and what she has discovered about how to do so. “Honestly, I learned the most from each other,” . Natalia retorted.