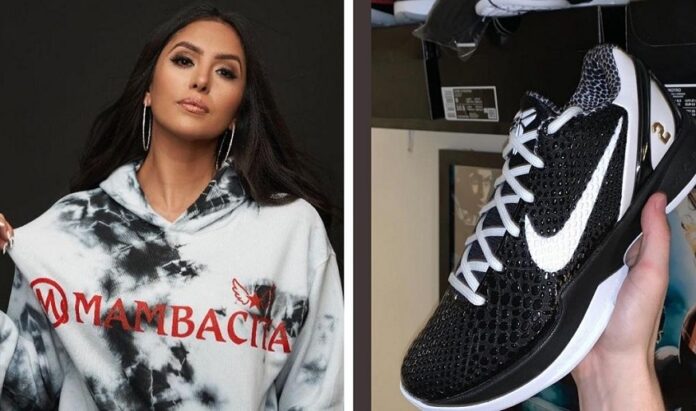 Vanessa Bryant is still grieving the death of her husband and second eldest daughter, despite the passage of nearly two years. She’s done an outstanding job balancing parenthood and grieving while also ensuring that the father-daughter legacy carries on. Bryant announced her latest creation, the Mambacita Sweet 16s, on Thursday through Instagram. Check out these amazing sneakers, which are part of Nike’s relaunch of Kobe’s trademark brand.

🚨🎥 Vanessa Bryant unboxes the FIRST of the Mambacita Sweet 16’s

After a dispute with the Black Mamba’s estate, Nike’s relaunch of Kobe Bryant’s signature line is ready to set the world of kicks on fire 🔥pic.twitter.com/hun6lqR21a

The Kobe 6 Protro ‘Mambacita’ is the first sneaker to be produced as part of the relaunch. Bryant placed a note with each box of Mambacitas to explain the significance of each design element.

“Gigi’s Mambacita Mentality is represented by the snakeskin print of the sneaker. It reminds us all to stay focused on the process and to have faith in the job we perform. “Gigi’s unique shoelaces motivate us to follow in her footsteps, to lace up and show up every time, and to not take chances for granted,” she wrote..

Each pair includes the letter, bespoke red shoelaces, and a red bracelet with the inscription “#PlayGigisWay.” Profits from the sneakers will benefit the Mamba & Mambacita Sports Foundation, a non-profit devoted to improving the lives of underprivileged athletes in boys and girls sports.