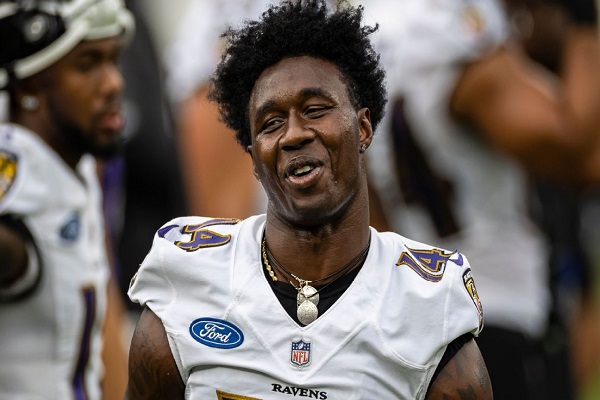 Sammy Watkins’ market had remained quiet in the first month of free agency, but a prominent team in need of a receiver has proven to be a match. After a Thursday visit with the Packers, Watkins is signing a one-year, $4 million deal to join Green Bay, NFL Network’s Tom Pelissero and Mike Garafolo reported. Once seen as a potential star

No. 1 receiver, Watkins struggled with injuries early in his career before being traded from Buffalo to Los Angeles. He caught eight touchdown passes in 15 games with the Rams, leading to Watkins signing a healthy three-year, $48 million deal with the Chiefs in 2018, but he’s since gone from a quality No. 2 option to a supplementary-at-best role with both the Chiefs and Ravens. A move to Green Bay could be just what Watkins needs. The Packers traded Davante Adams to Las Vegas and lost Marquez Valdes-Scantling in free agency, leaving Allen Lazard and veteran Randall Cobb as their top two targets for Aaron Rodgers. Watkins can fill the third role as 2021 draft selection Amari Rodgers continues to adjust to the pro game. Playing with Rodgers, Watkins could also see an increase in targets after getting just 49 of them in Baltimore last season, the lowest total of his career. In the Ravens’ run-first offense, Watkins caught just 27 passes for 394 yards and one touchdown in 2021. All of those marks were career-lows for Watkins, who at 28 years old didn’t receive much attention from prospective teams.

Watkins is no longer a player teams believe can become a No. 1 pass-catcher. But in Green Bay, he might find the best available opportunity to prove he can still be productive. Rodgers, meanwhile, gets another experienced player to help him and coach Matt LaFleur attempt to replace the production lost with the departure of Adams.