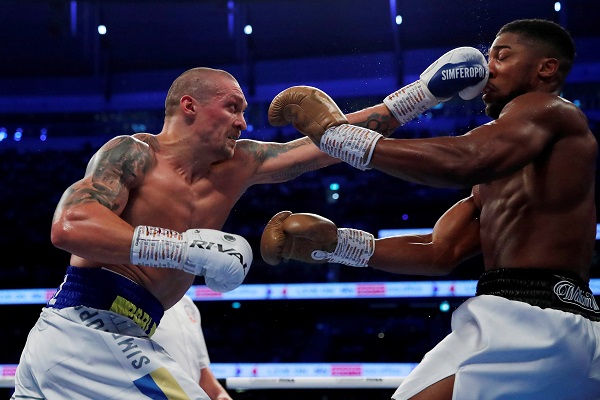 Tyson Fury will defend his heavyweight title against Dillian Whyte on Saturday evening, yet has quashed talk he is waiting on a bigger clash with Anthony Joshua, suggesting that his fellow Brit will be finished after a rematch with Oleksandr Usyk.

Usyk dominated Joshua in their first battle, taking the heavyweight titles off the British fighter, once again highlighting deficiencies in Joshua’s fighting style and technique. What has followed has been a long period of inactivity for Joshua, waiting for his rematch against the Ukrainian, yet Usyk had been preoccupied with the war in his country. Fury, on the other hand, is looking beyond his fight with Whyte, even though he has claimed he will retire shortly afterwards, and has reiterated his belief that Usyk will defeat Joshua a second time. “Here’s how it goes, you’ve heard it here first, he’s going to get busted by Usyk in the rematch, if he even has the guts to take it,” Fury told The Sun.

“Then he’s finished, career over. “Three losses, goodnight Vienna, got beat by a middleweight, move over.”