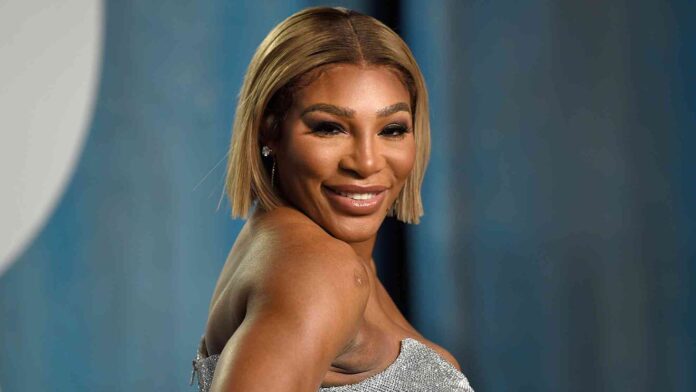 Serena Williams says educating her daughter Olympia about life matters more to her than tennis success, as the 23-time Grand Slam champion detailed how close she came to losing her life when giving birth. Following her recovery, Williams has attemped to equal Margaret Court’s 24-Slam record, but it seems the 40-year-old would be content if she didn’t add to her already remarkable tally.

Serena Williams says that tennis is no longer her top priority in life as she focuses on bringing up her young daughter Olympia.

Williams is just one major title shy of Margaret Court’s record of 24, and though the 40-year-old American implied she still wants to continue playing in pursuit of success, it now appears of secondary importance to her. As part of a personal essay for Elle, Williams also detailed how she had to fight to save her own life after complications during Olympia’s birth in September 2017.

She wrote: “Since I’ve had my baby, the stakes of the game have shifted for me. “I have 23 Grand Slams to my name, more than any other active player. But winning is now a desire and no longer a need.

“I have a beautiful daughter at home; I still want the titles, the success, and the esteem, but it’s not my reason for waking up in the morning. There is more to teach her about this game than winning.

“I’ve learned to dust myself off after defeat, to stand up for what matters at any cost, to call out for what’s fair – even when it makes me unpopular.

“Giving birth to my baby, it turned out, was a test for how loud and how often I would have to call out before I was finally heard.”

Williams went on to detail how “being heard” involved her insisting to medical staff that she needed a CAT scan while feeling like she “was dying” following Olympia’s birth. That procedure ultimately detected a blood clot in her lungs and saved her life.

The recovery process was far from simple however. “When I first got home, I couldn’t walk down the driveway,” she revealed.

“When I finally made it to a tree halfway down the driveway, it was a big hurdle for me. Everyone in my family cheered me on, telling me ‘You’re doing so good!’ They must’ve been aching on the inside, but they still all acted like nothing was wrong. My dad was so encouraging, saying ‘Look, you did it!’ This, after he coached me for years, all tough and relentless. I’m glad they didn’t let me see how bad it really was.”

Williams also astounded many people by winning the 2017 Australian Open while pregnant – something she revealed after the event – all while experiencing fatigue.

She said: “When I found out I was pregnant two days before the 2017 Australian Open, my body had already switched allegiances. Its purpose, as far as it was concerned, was to grow and nurture this baby that had seemingly materialised, unplanned.

“Of course, being pregnant didn’t mean I couldn’t play tennis. I was scheduled to compete at eight weeks along.

“I wasn’t sure how the Open would go; during training, I was getting more fatigued between points. Each morning – and I’m not a morning person to begin with – I was still determined to play fast and hard before the Melbourne heat socked me. “I won seven matches, all in straight sets.”