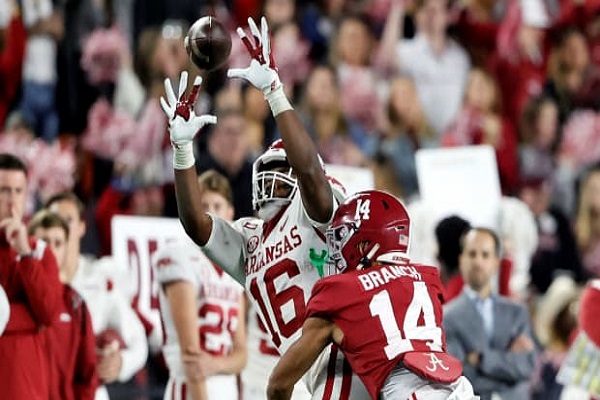 In our seventh all-Packers mock draft, we traded back in the first round to acquire an additional second-round pick. GREEN BAY, Wis. – I usually his the “reject” button on the mock draft simulations. Mock drafts are already straight from Mr. Rogers’ “Neighborhood of Make-Believe.” Creating hypothetical trades makes a mock draft even more make-believe.

Still, using the Pro Football Network simulator for our seventh all-Green Bay Packers mock draft, I took an offer from the Kansas City Chiefs because there seemed to be a bit of realism to it.

The Packers and Chiefs both need receivers but the Packers, with their top-heavy salary structure, have a real need for additional impact players on affordable rookie contracts. So, I accepted this offer: Green Bay’s initial first-round pick (No. 22) and fifth-round selection (No. 171) for Kansas City’s initial first-round pick (No. 29) and its second-round choice (No. 62). That gave me five of the first 62 picks – and one heck of a void in Day 3.

All-Packers Mock Draft 7.0
Using the simulator at Pro Football Network, I traded back to acquire an additional second-round choice. With USC’s Drake London, Arkansas’ Treylon Burks and Ohio State’s Chris Olave on the board, I felt good about getting an impact receiver when I traded out of No. 22. Olave has the field-stretching ability that coach Matt LaFleur wants and the route-running ability of a younger Davante Adams. With that extra pick, I felt good about drafting someone who might not contribute much this season. Ojabo was a legit top-20 pick before tearing an Achilles at pro day. Ojabo had 11 sacks and a whopping five forced fumbles last season. At 6-foot-4 and 250 pounds, he ran his 40 in a ridiculous 4.55 seconds. When he’s healthy, he’ll provide a different look than the duo of Preston Smith and Rashan Gary. If I were a betting man, I’d guess Pickens will be off the board here. But there were other targets, including South Alabama’s Jalen Tolbert. At 6-foot-3 and 195 pounds, he ran his 40 in 4.47 seconds. He is excellent on deep balls and is a better route-runner than a lot of tall receivers. He had a predraft visit.