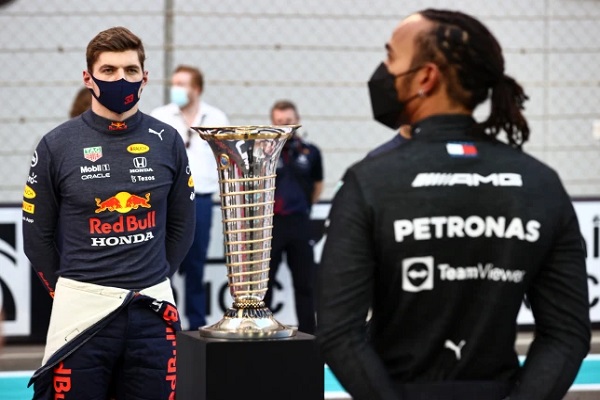 Lewis Hamilton says the relationship between him and rival Max Verstappen is ‘normal’ going into the 2022 Formula 1 season, but added that the pair are going to be ‘ruthless’ on track once again. Verstappen goes into the new campaign as the defending champion after securing his maiden world championship in the controversial 2021 season finale at Abu Dhabi, with Hamilton looking to bounce back and win a record-breaking eighth title.

The furious fallout from the race in the Middle East, where FIA race director Michael Masi’s unprecedented interpretation of the safety car rules rendered race leader Hamilton a sitting duck and essentially gifted Verstappen the title, continued to rage throughout the winter and Masi was removed by the FIA from his position as race director over his handling of the safety car period in Abu Dhabi. Hamilton, though, says he bears no grudge with Verstappen and feels he plenty in common with the Dutchman. For me and Max, we’re seeing each other in the paddock, things are normal,’ he told Sky Sports. ‘We are two individual drivers who have a lot of common in the sense of how much we love doing what we do, driving. “On the other side, we’re ruthless. He is ruthless, that’s how you have to be,

I would imagine in business but hopefully with a bit of compassion. But we are fighters out there, there’s no friends on track. Some days we get it right, some days we get it wrong, but what’s important is when we get back out, we are human beings and we do keep respect.’ Hamilton also discussed the abuse he received online after the pair made contact on track at Silverstone last year, with Verstappen careering into the barriers and out of the race while Hamilton went on to recover from a time penalty and take victory. ‘There’s so many nice comments,’ Hamilton added, ‘and then trolling and all these different things. ‘If I had sat and read all the comments after Silverstone, the racial abuse… I could’ve downward spiralled into a negative space.

I don’t let that volatile medium control my life. You have to be careful because the way the media hype up the drama creates a narrative to the fans.’ The new Formula 1 season begins this weekend with the Bahrain Grand Prix at the Sakhir International Circuit.