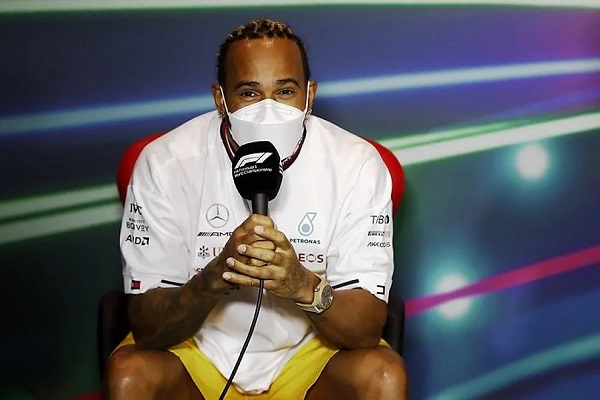 Sir Lewis Hamilton has clarified his reason to support Sir Martin Broughton’s bid to buy Chelsea is down to the opportunity the takeover would bring, although the 37-year-old admits he used to support Arsenal when he was younger. Hamilton, along with 23-time tennis Grand Slam champion Serena Williams, are the two biggest names involved in Broughton’s bid, as his consortium looks to purchase Chelsea for 2.5 billion pounds.

“I remember switching between these teams when I was younger and getting home and my sister punching me several times in the arm,” Hamilton told the press. “My sister, Sam, basically beating me saying, ‘You have to support Arsenal.’ So, I remember at five or six years old that I then became a supporter of Arsenal. “My Uncle Terry is a big Blues fan. I’ve been to so many games with him to watch Arsenal and Chelsea play, and ultimately I’m a sporting fan.

“It is the biggest sport in the world and Chelsea is the one of the biggest clubs in the world, and most successful. When I heard about this opportunity, I was like, ‘Wow, this is this is one of the greatest opportunities to be a part of something so great.'” Hamilton revealed he used to play football during his childhood and played for Stevenage Borough, the area where he grew up.

The Broughton group are one of three bidders for Chelsea, and they are up against consortiums led by Los Angeles Dodgers co-owner Todd Boehly and co-owner of the Boston Celtics Stephen Pagliuca. “Sir Martin took time to speak to me on the phone and explain to me his and his team’s goals if they were to win the bid, which was incredibly exciting and very much aligned with my values,” concluded Hamilton.