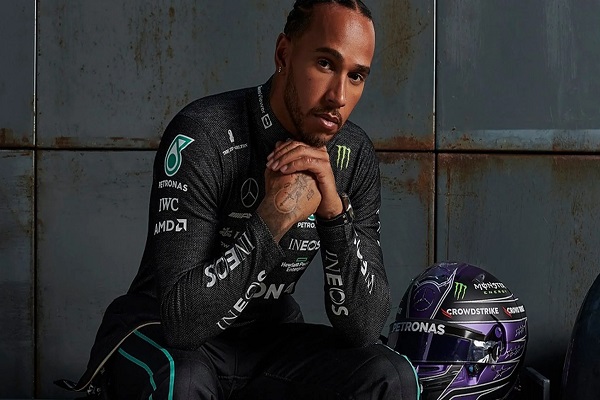 The seven-time world champion has had a challenging season thus far in 2022 as Mercedes struggles to resolve porpoising concerns. In his most recent race, the Emilia Romagna Grand Prix at Imola last Sunday, Hamilton finished 13th. Following such outcome, the British driver fell to seventh place in the Drivers’ Championship with 28 points, 58 points behind the leader Charles Leclerc and 21 points behind teammate George Russell in fourth place. This caused some to wonder if the driver will soon call it quits.

Yet in a post on his Instagram page on Wednesday night, Hamilton appeared to dismiss any rumors of retirement. In the caption of a photo of himself in the Mercedes garage, Hamilton, who is vying for a record-breaking eighth F1 drivers’ title, wrote, “Working on my masterpiece, I’ll be the one to decide when it’s completed.” Red Bull team adviser Helmut Marko shared his thoughts on Hamilton’s future when questioned about how the 33-year-old could be feeling after being passed by reigning world champion and championship contender Max Verstappen in a race.

We really lapped him, Marko said to Sky Sports News. “Perhaps he is considering that he ought to have quit last year!” Given the Mercedes’ recent troubles, Red Bull adviser Helmut Marko speculates that Lewis Hamilton could be wishing he had given up racing last season.
After a challenging weekend in Imola, Hamilton admitted that his prospects of winning the Formula 1 world championship again this year were virtually nonexistent.
However, he pledged he would work through it with Mercedes to make sure he could once more be in the running for the title. I’m definitely out of it, Hamilton remarked.
There is no doubt about it, but I’ll continue to put up my best effort in an effort to put the pieces back together. “There is no other place I would rather be. It is not in my nature to back down just because things have gotten difficult. “This can be fixed. The year will be difficult, and we’ll have to get through it together.” According to trackside engineering director Andrew Shovlin, Mercedes could have new components on hand in time for next week’s Miami Grand Prix to fix their bouncy vehicle. The porpoising issue has plagued the current Formula 1 constructors’ champions since the season’s beginning.

Following the Emilia Romagna Grand Prix, Shovlin highlighted how the issue presented new engineering issues that Mercedes needed to comprehend in a debrief posted on the team’s YouTube account. We may start adding pieces to the automobile that, ideally, will indicate if we are progressing in the correct path, Shovlin said. “Hopefully soon, maybe as soon as Miami,” he said. “We are not expecting this to be solved tomorrow, but if we can get a clue that we are traveling in the right way and that we truly got to the bottom of what is going on, then we will be fairly delighted that we are merely continuing on the correct route,” the researcher said. The team, now third in the standings, has been obliged to run its vehicle higher than intended, which has an impact on aerodynamic performance.

Shovlin clarified that a significant portion of the factory’s effort was understanding the phenomena and determining whether there was an aerodynamic approach to make it disappear. Being realistic, we believe that we will approach this in stages rather than waiting for a single great moment when everything disappears, Shovlin added. But there are optimistic indicators, and we expect to soon deliver parts to the automobile, perhaps even to Miami, where we can hopefully track the problem’s development.