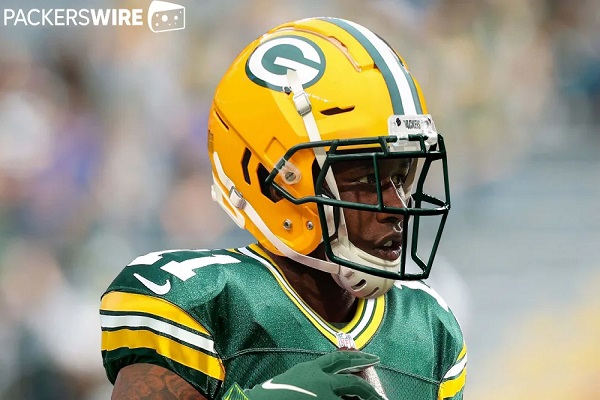 Wide receiver Sammy Watkins, who signed a one-year deal to join Aaron Rodgers and the Green Bay Packers, will officially wear No. 11 with his new team. Watkins previously wore No. 2 at Clemson, No. 14 with the Buffalo Bills and Baltimore Ravens and No. 12 with the Los Angeles Rams. None were available in Green Bay. Kicker Mason Crosby wears No. 2, No. 14 is retired for Hall of Famer Don Huston and a certain four-time NFL MVP quarterback wears No. 12.

No. 11 ended up being the pick for Watkins. Past receivers such as Devin Funchess, Trevor Davis and Jarrett Boykin previously wore No. 11. Here’s a first look at Watkins in the Packers’ home uniform from our graphics department: Watkins could play a big part in helping the Packers replace receivers Davante Adams and Marquez Valdes-Scantling in 2022. The fourth overall pick in 2014, Watkins has 34 career touchdown catches in 99 games in the NFL.