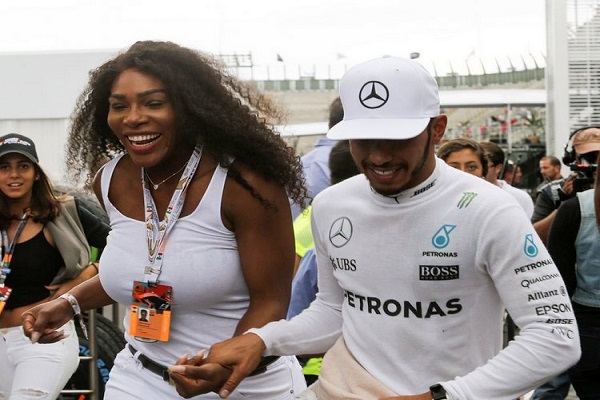 The seven-time Formula 1 world champion and 23-time Grand Slam winner have joined a consortium spearheaded by Sir Martin Broughton, the former chairman of Liverpool FC. According to Sky Sports, both Hamilton and Williams pledged an estimated £10 million each to the bid. In total, there are three bids competing to take control of The Blues – Broughton is set to be challenged by LA Dodgers part-owner

Todd Boehly and Boston Celtics co-owner Steve Pagliuca. Canoville, who played for Chelsea between 1981 and 1986, has met all of the interested parties. In a lengthy post on Twitter, he backed Boehly’s bid. The American billionaire “won over” Canoville when he spoke of his “huge passion for social impact around community outreach”. Canoville was less impressed by

‘My views on ChelseaFC bidders’ pic.twitter.com/N9CKaP9ZrD

Broughton’s bid, however, claiming he wanted celebrities involved in diversity and inclusion programmes at Chelsea. “Don’t anyone get me wrong, I am a huge fan of both Serena and Lewis,” he said. “Both Williams sisters have been phenomenal achievers and proud advocates of civil rights issues. “Ticks a big box with me personally of course. As far as playing a role in developing anti-racism, diversity, and inclusion programmes for

Chelsea though; I feel this is disrespectful of our own supporter base. “Serena is on record saying she supports Real Madrid and while I know Lewis has now suggested he was bullied into supporting Arsenal by his sister, he is an Arsenal fan and that’s a fact. “I will always support Lewis Hamilton in everything he does in F1, he is the greatest driver ever in my opinion and as with Serena, he is a phenomenal icon for black achievement and civil rights. With football though, I think he should stay loyal to his own team.” A preferred bidder is expected to be selected by the Raine Group by the end of April. Each bidder was told to prove they can guarantee at least £1 billion of investment in Chelsea’s infrastructure, its academy and women’s team, before undergoing scrutiny as part of the Premier League’s owners and directors’ test.

Chelsea has been up for sale since current owner Roman Abramovich was sanctioned by the UK Government following the Russian invasion of Ukraine in February. The oligarch had his assets frozen due to his “close relationship” with President Vladimir Putin. While Abramovich remains in the club, they can no longer perform day-to-day transactions, including the sale of transfers and match tickets.